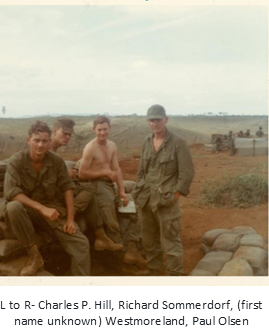 Charles Patrick Landon Hill was born in Cambridge, England on May 22nd 1947. His father, Landon, was an officer in the U.S. Army Air Force and his mother Zita was a dancer. Landon’s postwar postings ranged from London, to Germany and then across the United States before the family settled in Washington D.C. Charley graduated from St. Albans school prior to drafting into the Army. After training at Fort Bragg, Charley served as a paratrooper in the 173d Airborne Brigade, (mid 1968– June 1969) during the Vietnam War. On his return, he enrolled at George Washington University and in 1971 he earned his Bachelor’s degree. Following his graduation, he was awarded a Fulbright scholarship to Trinity College in Dublin and studied Theology at King’s College before joining London’s Metropolitan Police.

In his 20 years with the Met Police, Charley rose from beat cop to Detective Chief Inspector, specializing in undercover work. He made a name for himself with his instrumental role in the recovery of high profile paintings. Leaning on his extensive knowledge and love of the arts, he assisted in the recovery of notable paintings as “Lady Writing a Letter With Her Maid,” “Portrait of Doña Antonia Zárate,” and most famously Edward Munch’s “The Scream”.

Following his retirement from the force in 1996, Charley continued his work as a private art detective, recovering Titian’s “Rest on the Flight into Egypt” amongst other works. Up to his death he was investigating the 1990 thefts of 13 works from the Isabella Stuart Gardner museum. He died on February 20th, 2021 after surgery to repair a torn aorta. Charles is survived by his wife, Caroline, children: Susannah, Lizzie and Chris, and grandchildren: Georgia and Olivia. 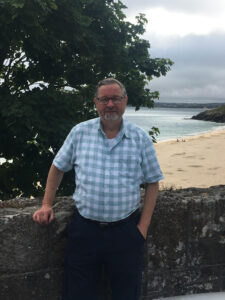 His family asks that donations in his honor and memory be sent  to the Sky Soldiers Foundation for the Charles P. L. Hill Memorial Scholarship Award by going to www.skysoldiersfoundation.org and on top of page choose donation method (online click DONATE or click Donate by Mail for the form). Please select Scholarship Fund, write in Sky Soldier Charles P. L. Hill.

His death was reported by national/international publications, the New York Times , the Guardian, the Telegraph, the Washington Post and others have published on his interesting life and investigative adventures.  Click here to view or download pdf files containing the obituaries published in these international newspapers.